Your Next Camera Might Be a Subscription: Here's Why - Jonathan Cartu Internet, Mobile & Application Software Corporation
1087
post-template-default,single,single-post,postid-1087,single-format-standard,qode-quick-links-1.0,ajax_fade,page_not_loaded,,qode_grid_1300,qode-theme-ver-11.2,qode-theme-bridge,wpb-js-composer js-comp-ver-5.2.1,vc_responsive

Your Next Camera Might Be a Subscription: Here’s Why

10 May Your Next Camera Might Be a Subscription: Here’s Why


Even before the economic disaster of COVID, the camera industry was contracting. The software industry has adopted SaaS pricing, with Adobe Creative Cloud being the most recognizable example. That pricing model, or one like it, might be the next big change coming to camera hardware.

This shift to a subscription pricing model could take a couple of different forms. For reference, consider the changes in the automotive industry. Car manufacturers are pushing beyond the traditional pricing models, exploring a true “car as a service” model, like Cadillac’s Book service or Volvo’s Care service. Additionally, Tesla has started gating both real-world features like additional range and software perks like Autopilot behind software paywalls.

For a camera manufacturer, you could see this play out in similar ways. As Nikon, Canon, or GoPro realize that many people don’t need to own or use a camera every few days, they could create a rental service, acting as a streamlined, consumer-friendly rental house. For a more niche product like GoPro, this might make a lot of sense, as the end consumer doesn’t need an action camera consistently, but would happily pay $50 to rent it for a week in Hawaii. Even major manufacturers might find it easier to make a couple of $100 rentals of an entry-level DSLR to users than a full $600 sale.

In fact, I’d argue you’re already seeing the initial steps towards this model. Nikon’s Z 50 launched with a trial promotion, where they would ship the user the camera, memory cards, and lenses for a 30-day in-home trial. It’s only a short leap from the infrastructure to support that program to a full rental program. 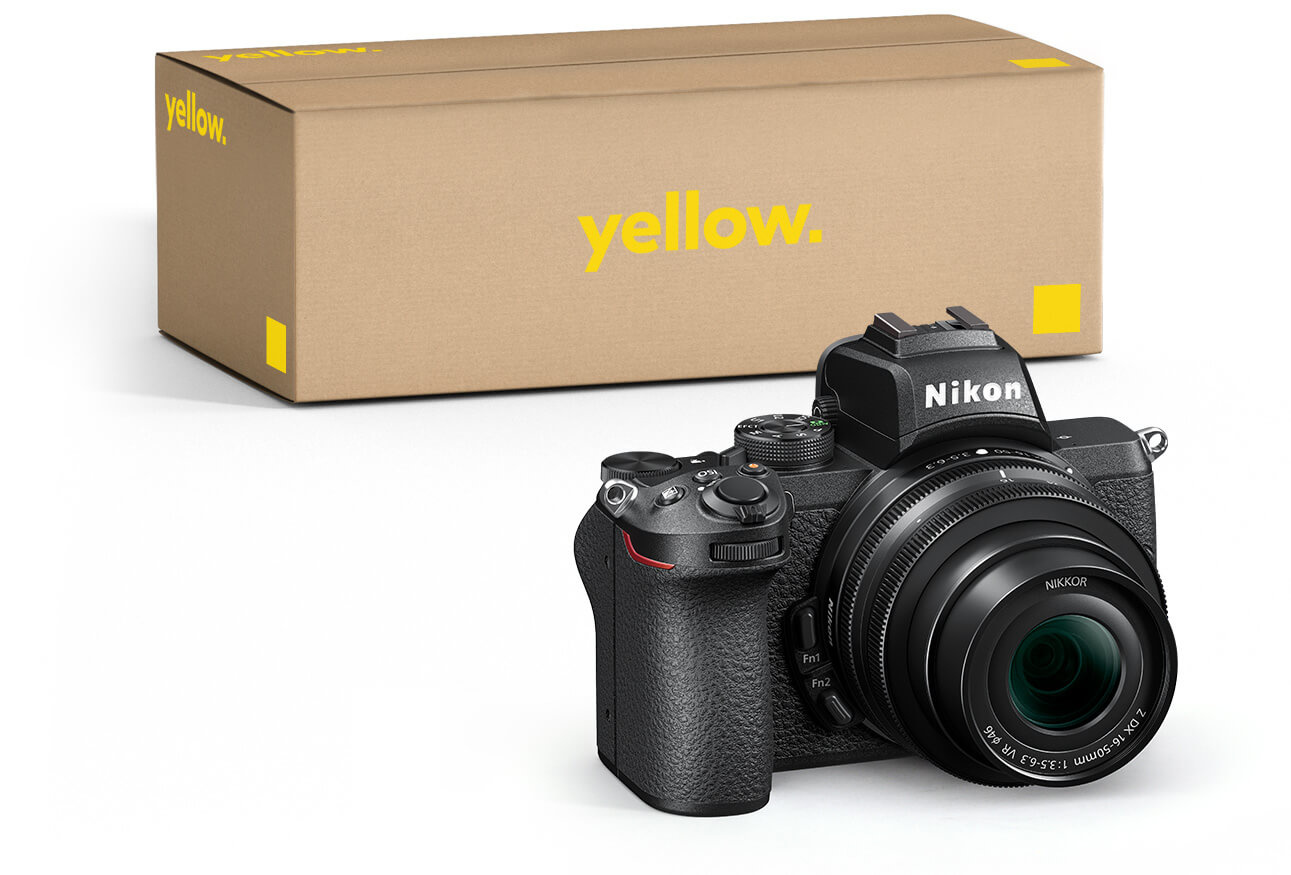 Beyond trials and rentals of hardware, the camera’s software is ripe for subscriptions and pay-gates. Essentially, they’d apply the in-app purchase model to your camera. For reference, Tesla does this with some software features, where the necessary hardware is installed in every car, but locked behind a purchase. As more and more of the camera’s functionality is determined by software, it would be easy for camera companies to produce fewer models, then differentiate them by software.

This is another development that camera manufacturers are already practicing this concept, just in a less formalized manner. Consider the ability of DSLRs to shoot video: with a similar ASIC and sensor, some cameras can do “cinematic” 24 fps, while others are locked to 30 fps. The same goes for controls: most of the buttons on the camera just trigger software functions, so there should be no reason why they can’t be reassigned from WB to ISO, for instance. Instead, you’ll find that this functionality is typically restricted to the higher-end cameras.

Canon’s recent paid firmware update might be one of the first major examples of this. The update is quite a niche, just impacting how the camera is used for stop motion, but might be a trial balloon to gauge user sentiment. Nikon also offered users the ability to update some aspects of their camera aftermarket, like the raw video output functionality in the Z 6 and Z 7, although this, too, required an actual service center visit.

Besides a push to stabilize revenues, there are other factors that might make this the appropriate time for manufacturers to adopt these measures. The first is a shift in how cameras are developed, built, and distributed. The second is a shift in the competitive landscape, and the third is a shift in how consumers feel about subscriptions and aftermarket costs in general.

When it comes to how cameras are developed, the next generations of mirrorless cameras are vastly less complex in mechanics compared to DSLRs. A large part of that simplification has been a result of moving more features into the software. Mirrorless cameras need fewer buttons if they have a touchscreen, for instance. Additionally, there’s a much more marginal improvement between a current-generation 24 MP APS-C sensor and last year’s 24 MP APS-C sensor, with the difference instead being a result of the processing pipeline. To understand how this relates to pricing, consider that a greater share of the bill of materials for a camera is now, or should be, going to software. The great part of software development is your costs are roughly the same whether you sell one copy or one million.

Besides shifting priorities in development, it’s easier than ever for camera manufacturers to go direct to the consumer. By removing the dealer, manufacturers can cut out a substantial cost, as well as develop a closer relationship with their customer, in the hopes of promoting additional sales down the line. While they take on more costs in this case, including distribution and order processing, it might actually help their inventory issues, as there is less “whip” in their supply chain to the customer.

With the industry as a whole slowing or even shrinking, manufacturers would love to build consistent revenue streams. Whether that takes the form of a complete subscription or recurrent revenues from paid firmware upgrades and feature unlocks is yet to be determined. But I expect that for many brands, selling a camera every couple of years won’t be enough to keep the lights on. There’s going to be a limit to just how high they can push the average selling price of a camera can be pushed before people stop buying. When that time comes, they’ll have to shift to a new model or at least bring elements of an alternate model into the mix.

What’s This Mean for Us?

Right now, it’s tough to say whether this will even be implemented before it’s too late. Industry revenues are falling, and most camera makers are notoriously adverse to change. Furthermore, there will be some implementations that offer a ton of value to consumers, like a reasonable price for a paid firmware update that breathes new life into a camera, a la Fuji’s Kaizen updates. Others, like just pushing the price point of “pro” features even higher or to protect their prolines in general, aren’t going to help anyone.

I’ve said for a while now that developments in computational imagery will be the next big frontier in imaging; we already see that with stagnating pixel counts and FPS figures. Hopefully, the carrot of additional revenues will prompt manufacturers to follow Apple’s path. Imagine getting a software update that could unlock the level of utility in Night Mode in your existing camera!