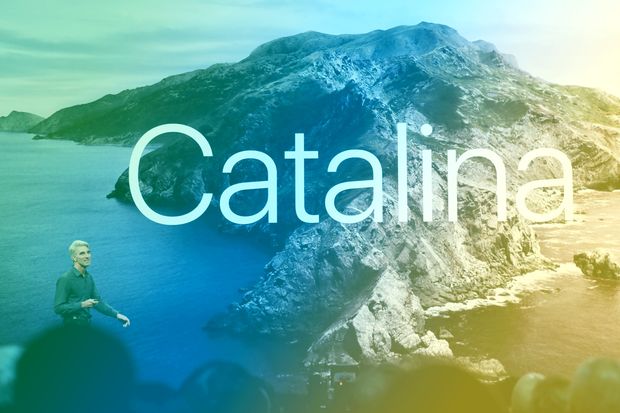 (ticker: AAPL) on Monday unveiled Mac OS Catalina, the latest version of the software for its laptop and desktop computer lines. Apple, as expected, also lifted the curtain on a new version of the high-end Mac Pro, the top of the company’s hardware line.

The debut came at the keynote for this year’s Worldwide Developers Conference at San Jose’s McEnery Convention Center.

Earlier in the keynote, Apple introduced new software for phones and tablets and for Apple TV and Apple Watch.

While WWDC is always focused primarily on software, the event did feature one new hardware launch—the Mac Pro, a professional-focused super powerful computer with a starting price of $5,999, along with a $4,999 high-end monitor called the Pro Display XDR. The display can be paired with a pricey new $999 monitor stand. These devices are not geared for the everyday consumer, obviously, but developers have been clamoring for new high-end hardware, and the launch was widely anticipated.

Read More: Buy Apple Stock Because the 5G iPhone Could Be Big

The latest version of Mac OS (named for an island off the coast of southern California) has revised versions of media software, with individual Apple Music, Apple TV, and Apple Podcasts taking the place of iTunes. Each gets updated features, including new support for 4K HDR video in Apple TV, and a new search feature for podcasts that makes it easier to find content on specific topics.

Sidecar is a new feature that allows you to use an iPad as a second display for the Mac.

New accessibility features make it possible to control both Macs and iPhones completely with voice commands.

There also a new application called “Find My,” which combines the old Find My iPhone and Find My Friends apps and, among other things, offers a way to locate lost Macs, even when they are closed and offline. (With that approach, your offline Mac sends out a Bluetooth beacon that can be picked up and relayed by any Apple device. The company says those messages are end-to-end encrypted and anonymous.)

New application development tools got roars from the crowd. but won’t matter a ton to the average Apple investor. For instance, there are new ways to create Mac software based on iPad apps, and new tools for developing artificial reality experiences.